Alexander Deans has seen the recently retired Bishop of London wear Snapchat glasses and had a private conversation with Queen Elizabeth at Buckingham Palace. Next he’s considering a trip to a private island set aside for inventors.

The 20-year-old was recently flown to London and granted a Queen’s Young Leader Award from the queen’s Diamond Jubilee Trust.

So what was it like for the Windsorite to meet a Windsor?

“Man it was nerve-racking,” he said. “She asked me about my work and congratulated me and she seemed quite interested.”

Deans, a second year chemical engineering student at McGill University was recognized for his work with the iAid, a device to help the visually impaired move around more easily, and for a new project with Chevrolet aimed at steering teens away from distracted driving.

He was joined by dozens of other young people from around the commonwealth and was impressed by their passion and projects.

“It was amazing. It was probably the best experience that I’ve had,” he said. “Mostly because of the network I now have. The 59 other young people who I know I can just call up if I visit their country and they’ll take me to their homes or show me what they’re working on.” 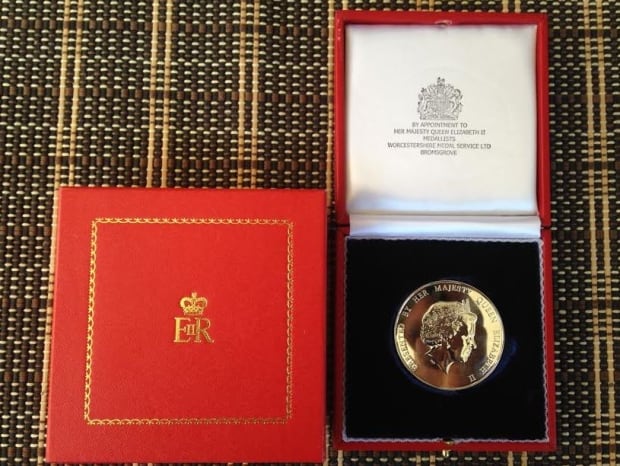 Deans said one of the other winners was a Paralympic swimmer and he’s already looking at ways his iAid could help visually impaired swimmers and runners.

The trip also featured plenty of fun, including strapping Snapchat specs onto Richard Chartres, the former Bishop of London.

The student’s latest project with Chevy is still a secret. All he could say is that it will “bring celebrities and friends into the car whenever someone receives a text message.”

Currently, the project is only using audio, but moving forward his team is also looking at ways to incorporate images.

“We’re really trying to appeal to young people’s sense of their idols, normally celebrities or peer pressure,” he said. “The hope is we can get into the cars and really show a decrease in texting and driving.”

In fact, during his visit to the United Kingdom, he received an invite from a “Swedish guy” who supports inventors by offering them stays on his private island where they can cultivate their creativity.

“He flies people out there to live for a month in solitude to come up with their next creative idea,” he said. “He invited me out there … so I guess that’s my next tip.”