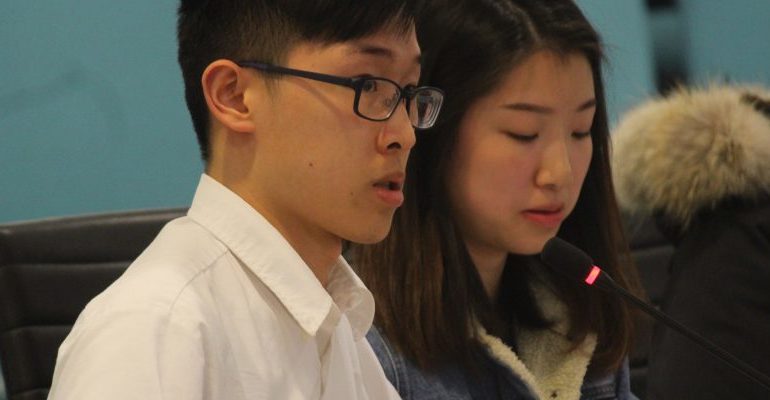 They won the Lieutenant Governor’s Ontario Heritage Award for their work in creating a digital map of Essex’s Lost African-Canadian Cemeteries.

The award recognizes efforts to preserve Ontario’s history and heritage.

Academie Ste. Cecile is one of two schools recognized during a ceremony on Friday at Queen’s Park in Toronto.

Jason Leung was a student during the project’s creation last year and now works at the school as an administrative assistant. He said the digital map was only intended to be a project for a geography class, but it took on a life of its own.

“We got media attention.  We went to an Essex County municipal meetings to ask if they’d be willing to feature our website on their website.  The councilors responded very favourably, so our website is actually featured on their website now,” Leung explained.

After receiving a large amount of positive feedback on the project, the administration at the school nominated the team of 20 for the award.

At the ceremony, Leung said the students were able to meet several prominent figures in the field of Canadian heritage.

“To network, to get a taste of heritage conservation, and to find there’s so many people out there interested in persevering the history of the area. It’s been a great learning experience for all of us. That’s what the whole project was in the beginning- a learning experience,” he said. “If we ever were to continue our project of mapping these hidden cemeteries, they’d probably be some of the people we’d call.”

“In the middle of a farmers field, squatting down to do a [gravestone] rubbing to collect information on these headstones, none of us thought we’d be getting this award,” he said.